To find out more about cookies, what they are and how we use them, please see our privacy notice, which also provides information on how to delete cookies from your hard drive.

Go Beyond in Saudi Arabia

By:
Imad Adileh
Saudi Arabia is fortunate to have an abundance of oil resources. This has been the foundation of their economy for decades, allowing the Kingdom to become one of the world’s leading energy producers. However, since the 1970s, Saudi leaders have expressed a desire to move the nation away from total economic dependence on oil revenue. In 2016, Crown Prince Mohammed Bin Salman announced his Vision 2030 plan for the future of the nation. This agenda seeks to diversify the Saudi economy and increase private sector participation.

Under this strategy, Saudi Arabia plans to develop new industries, such as renewable energy, tourism, and the technology sector. The Kingdom also aims to increase employment opportunities for Saudi citizens, by developing the private sector and implementing reforms in the labour market.

These ambitious policies present a great opportunity for foreign investors to get involved in Saudi Arabia’s economy and help the country achieve its targets. The country has a young population and a growing middle class, so there is potential for a variety of industries to prosper in Saudi Arabia.

This rapidly transforming nation presents many unique opportunities for business leaders, and the government is committed to attracting foreign investment. Let’s examine some of the key reasons why Saudi Arabia is attracting so much attention within the business world.

Saudi Arabia has a population of over 34 million, with around two-thirds of citizens under the age of 35. This young population is a key driver of economic growth, as they will be the consumers and workers of the future. The country also has a growing middle class, with over 60% of households classed as middle-income. This provides a huge potential market for businesses to tap into.

The technology sector is one of the key industries that Saudi Arabia is targeting for growth. In 2021, the government announced their plans to invest at least $6.4bn in the development of future technologies. As part of this digital transformation, an ICT strategy was developed by the Ministry of Communication and Information (MCIT). This initiative seeks to increase the ICT sector’s contribution to the GDP by SAR50bn over the next five years.

In line with these goals, the government stated that they would open the entire 6GHz band for licence-exempt use, enabling the rapid expansion of wireless communication and the proliferation of emerging technologies such as 5G. This commitment to technological progress may transform Saudi into a hub of the tech industry in the Gulf region.

Saudi Arabia has the world’s largest known oil reserves, but the country is also investing in renewable energy. The government's goal is to have clean energy sources account for 50% of the nation’s electricity by 2030. This presents a great opportunity for businesses in the renewable energy sector that will be well-positioned to provide their expertise on a large scale.

Saudi Arabia is home to some of the most stunning natural landscapes in the world and is rich in cultural heritage. Previously closed off to tourists except for pilgrims, the nation has intrigued Western visitors for centuries. The government has recognised the potential of tourism and is investing in the development of infrastructure and the promotion of Saudi Arabia as a tourist destination. The nation aims to increase tourism’s GDP contribution to 10%, and hope to welcome over 100 million annual visitors by 2030. This move will create a growing need for hospitality experts, tour operators, and other related businesses in the coming years.

According to a World Bank report in 2020, Saudi Arabia is one of the fastest business climate improvers in the world. The government has taken significant steps to provide a supportive regulatory and legal framework for businesses and entrepreneurs. They now grant foreign investors permission to wholly own and operate their businesses within the Kingdom and have significantly streamlined licensing application processes.

Entrepreneurialism is also being actively encouraged, with the government investing in programs to support small businesses and start-ups. These initiatives are paying off. According to the Global Entrepreneurship Monitor Index, Saudi Arabia ranks first out of 45 countries in several categories including “good opportunities to start a business”.

With the government’s continued investment in key industries such as technology, renewable energy, and tourism, there are many opportunities for businesses to get involved and tap into this rapidly growing market.

As part of our 'Go Beyond' Series, we showcase a short synopsis of major markets which will stimulate business growth. We launch the series with Saudi Arabia. 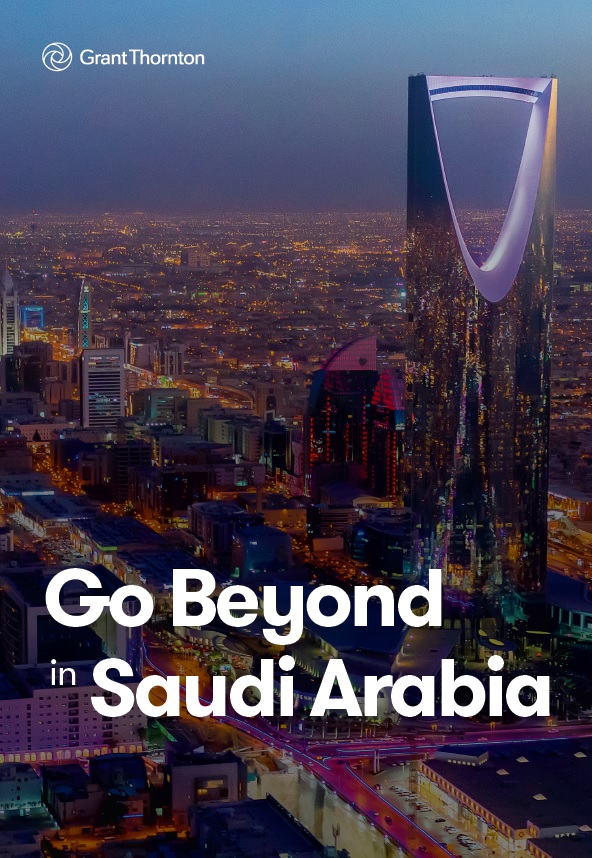